Travel Hacks: 23 DOs & DON’Ts when you Visit the UK

Home » Travel Hacks: 23 DOs & DON’Ts when you Visit the UK
Previous Next

Travel Hacks: 23 DOs & DON’Ts when you Visit the UK

Things that can make you Britisher eye candy

As an old saying goes, when in Rome, do as the Romans do. The rituals and conventions of a country is what makes it whole.

Be it swearing publically in Australia that can cost you around 150 pounds. Or smoking publicly in Singapore that can have serious repercussions.

Respecting the rules, regulations and customs of any country you visit makes you a valuable tourist and improves your country’s image.

Hunt hotels has encompassed a list of dos and don’ts for tourists visiting London so you can walk among the Britishers as you belong.

Tourists often leave their documents thinking they don’t need them anymore. Don’t forget to take your documents along just because you have procured a visit visa. Authorities might not allow you to enter the UK despite your visa if you happen to miss the supporting documents.

As a tourist, you’d want to see all possible attractions to make the best of your trip. It is wise to invest in an all-day travel card instead of a single one way ticket for sightseeing that can cost you a fortune.

A one day travel card allows you to get unlimited travel for that day. Other than that, the locals also use contactless payment cards and Oyster Cards that are best and cheapest for the UK’s public transport compared to bus, DLRs (Docklands Light Railway) and underground rides.

Being a conscious tourist, you would want to keep a check on the weather updates, but since you’re in the UK – that is pretty much fruitless. The uncertainty of this country’s weather is very famous. So you might want to carry an umbrella and wear your clothing in layers. (Easy to add and remove)

You don’t want to be that kind of a tourist now, do you? Breaching the rules in the UK can cost you your visa or worse, a long term ban to enter this terrority. Committing an offence can also result in  imprisonment.

As appealing as it is, fine dining can cost you a lot of bucks – that you can otherwise spend wisely. The UK is a culture rich country that is filled with diversified food markets, food outlets and stalls, don’t be hesitant to try those for an exotic taste bud experience.

6- Don’t be an offensive shutterbug

We understand the urge to take photos to remember such an iconic country. With that thought, it is also crucial to be mindful about not pissing the locals off. Some of the UK’s most visited streets and spots are a regular route for their inhabitants.  So unless you’re ready for some laser-eyed stares, avoid causing a traffic jam because your insta-fam is more important.

It is absolutely wreck-heaving for britans when tourists mix up England with the UK. The United Kingdom comprises four nations. England – Wales – Scotland & Northern Island. Each nation is a carrier of unique heritage and culture and does not like when tourists are inconsiderate of their idiosyncrasies.

Britishers take ques very seriously. Whether it’s a book signing, a theatre or a transport service. If you want to merge in and not end up offending these by-the-book citizens, stay in your lane and wait for your turn.

As dreadful as it can be, the tube system is one of the oldest forms of daily commute in the UK that is still used by hundreds of citizens. Although the tube comes with its own monstrosities, people do not want to hear anyone bad mouthing it.

As a tourist, we understand you will have bags to carry. But one thing the riders hate other than the tube experience itself, is the people hogging all the space with their luggage, especially during the rush hours where obscuring a place is nothing less than a marvel.

You do not want to spark random conversations with strangers you meet. It’s nice to be polite but forcing a conversation in the UK is considered to be rude and uncalled for.

Don’t go around complimenting people, as Britishers are known to be extremely practical and composed, they won’t take it as a compliment, rather, think of you as a boaster.

Don’t confuse the two. The bridge that is used for photography purposes in the Tower Bridge not the London Bridge. Whereas, many bridges that cross river Thamas, are named as the London Bridge. You’d want to know the difference if you don’t want to come off as illiterate.

One hand sign can mean two different things in different parts of the world. Since you are not a native of this country, your best guess would be to avoid using any. Who knows what krav maga the other person  has been practising. 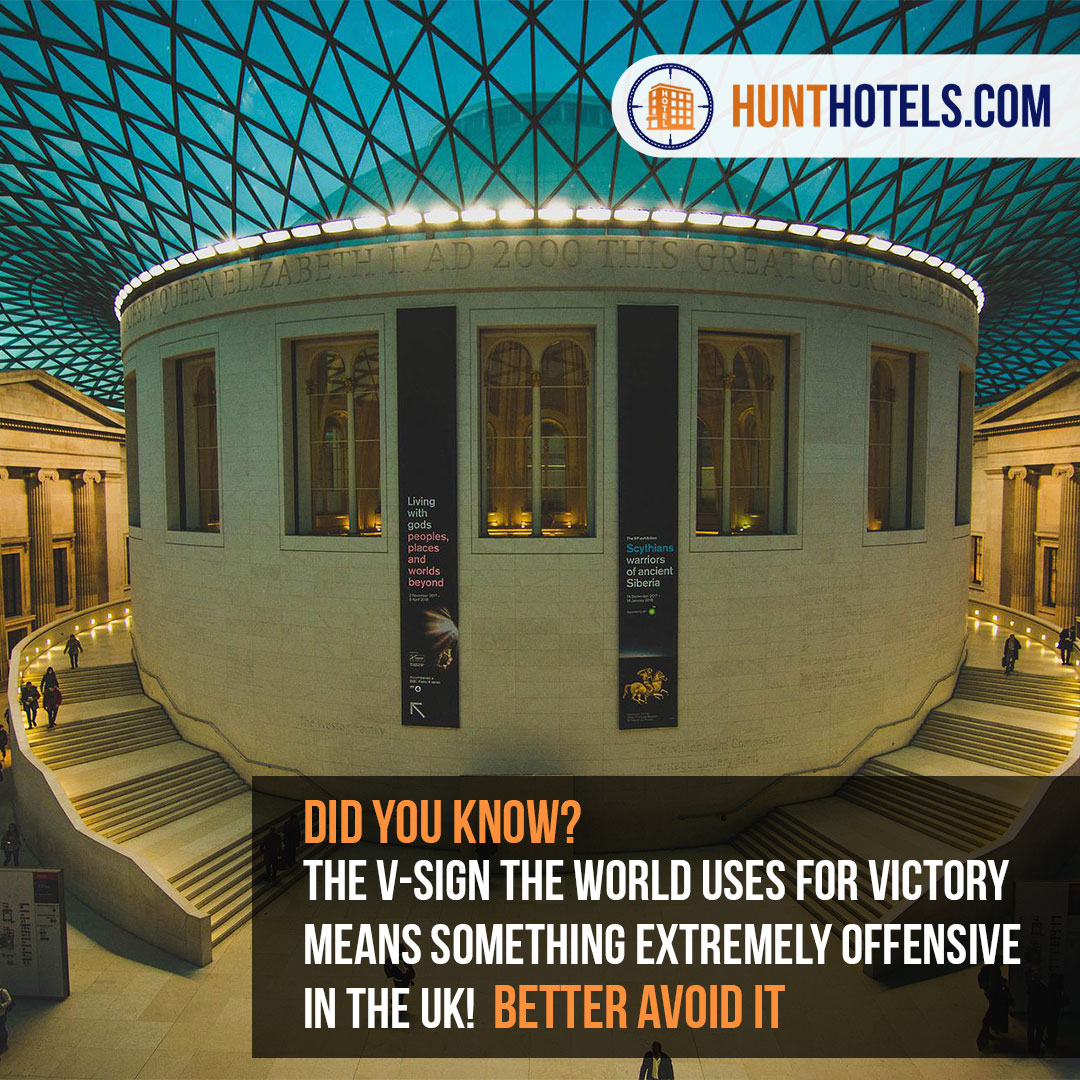 Things that can make you Britisher’s eye candy

15- Be considerate of the royal culture

Despite the fact that not everyone living in the UK must be a fan of the Royal family and their affairs, you as someone visiting from another country must respect the royals and their interests.

Even though the United Kingdom is filled with tourist destinations that make it famous, it would be a lot more thrilling to discover the local secret spots where you won’t be carried away by the jam packed crowd.

A trip to the UK won’t be light on your pocket, so you need to think of ways that won’t cause any hindrance in your exploration, all the while being cost friendly. There are plenty of free museums & art galleries that are rich with cultural heritage & antiquities. You definitely want to add those to your list! 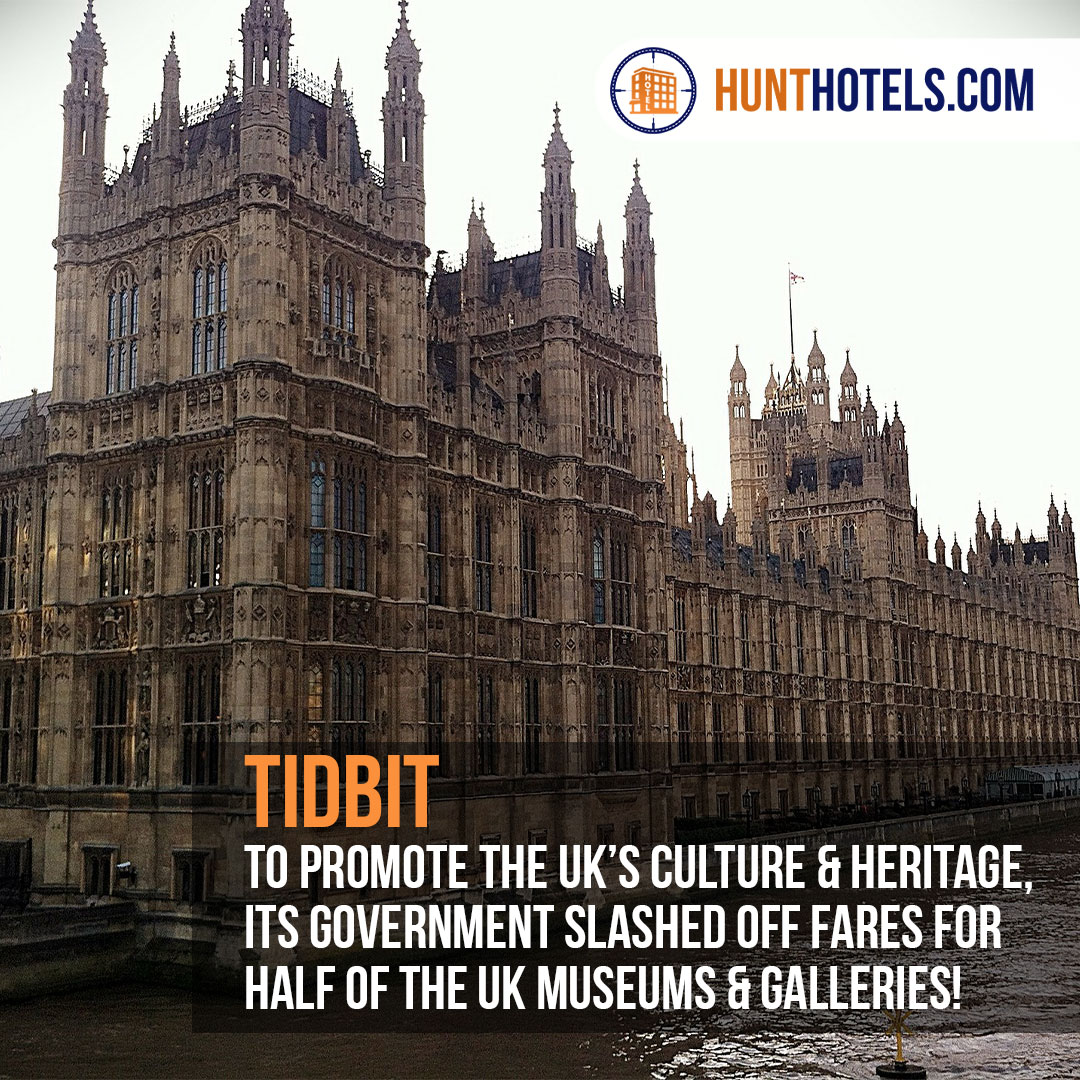 Although this should be the general custom, some people do not even consider it. Always bring a gift for your host when they invite you to their place. A baked item, a bottle of wine, a fruit basket or anything that may find appropriate to acknowledge their hospitality.

It is also obligatory for you to only start eating your food when your host does, or asks you to.

When you are meeting someone for the first time, a simple hand shake along with a light greeting of ‘How do you do’ will suffice. Extended hugging and kissing are considered indecorous.

Britians are full of etiquettes. They have a way for everything. From greeting someone to eating, drinking, talking, walking to tipping their waiters, their public manners are a splendid example for the world.

If you ask me, these etiquettes must be followed all the time regardless of where you are and who you’re with.

As high maintenance as they are, britans like people who are punctual. If you are invited by someone, respect the time allocation so you remain in their good books.

As the britishers drive on their left side, you want to stay alert of the incoming and outgoing traffic while you’re moving around.

Remember the emergency line while visiting any country, it is not only essential for you, but it may also come in handy for someone else in danger. 999 and 112 , these emergency numbers are free to dial and can help you reach the police, ambulance and even the coastguard.

The United Kingdom is home to many cultures and customs, this country has so much to offer in its ancient brick castles and vintage streets.

Getting an opportunity to explore this part of Europe is a wish come true for many.

As you check off your bucket list for this country, be sure to respect its customs and traditions so your next trip could be an even pleasant one.

If you’re looking to book an affordable flight to the UK, we can help you.

About the Author: M Abid